Some people don’t believe in the power of social networks to boost sales or acquire new customers, what would you tell them?

That’s pretty simple, I’d tell them one thing: «would you consider welcoming your potential clients with an empty store, no human being they can talk to to ask questions, solve an issue and give directions and advice?» Being present and active on Social Media is like welcoming people in a store, it’s a no brainer. Human connections are an essential part of the sale process.

Prospects and customers like to deal with other human beings, they need advice, they need answers to their questions, a website or a store is not enough, visitors need to feel that, eventually, they can talk to someone if they need to.

It’s time consuming, but it’s a necessity. Just stat small and grow from there.

How can Agorapulse help an e-commerce Social Media Manager?

The one thing we can help the most in that context is by saving them time. As I said above, being engaged on Social Media is time consuming and can be overwhelming. We’ve built Agorapulse to reduce the amount of time you have to spend on Social Media to the minimum. You can reply to all your fans and followers in a matter on minutes every day, not hours. No other Social Media Management tool makes it as easy and painless as we do to stay engaged while keeping your sanity!

Can you provide a real example of an e-commerce customer using Agora Pulse to boost it’s sales?

Two examples come to my mind, one e-commerce store from Thailand and one from Mexico. They both receive hundreds of messages on their Facebook page every day, mostly for customer support and prospect inquiries about their products.

Due to the volume of messages, they have several employees responding as a team (one employee wouldn’t be enough!). Doing this directly on Facebook was a nightmare for them, they never had a clear picture of who did what, what messages were left without a timely response, etc. With our Social Inbox, they both saved dozens of hours per month handling those incoming messages and they are now sure to respond to everyone.

The point here is not to know whether or not this helps them boost sales, but rather how many sales they would have lost if they weren’t in a position to respond to all these inquiries in a timely manner!

By the way, Agorapulse is one of the top 4 Social Media Management software of 2015 according to G2Crowd

Infographic brought to you by Seriously Social and G2 Crowd 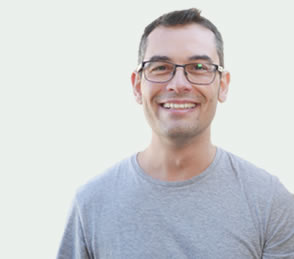